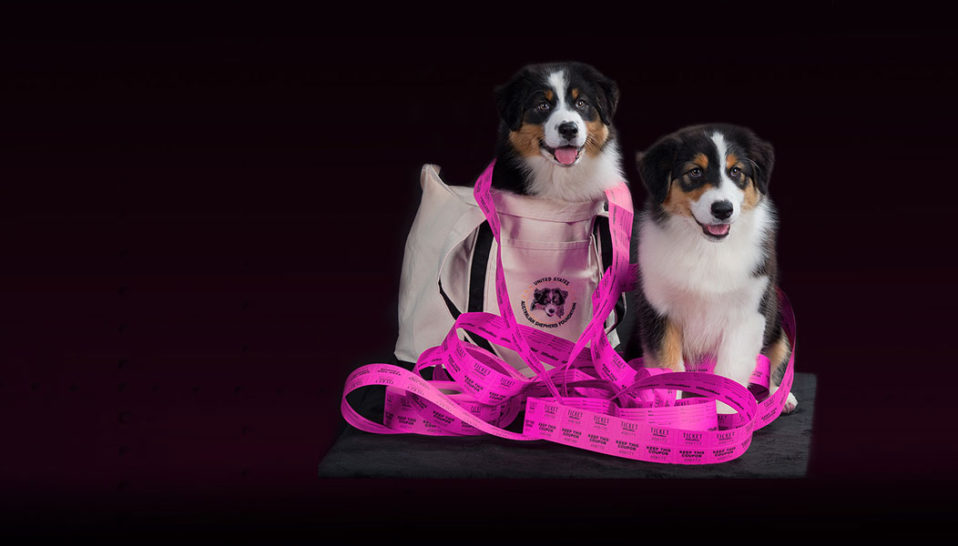 Thank you to all who made the 2017 National Specialty fundraising event a success!

Through the generosity of our supporters, The USAS Foundation was pleased to have the ability to sponsor the Health & Genetics Committee’s “A Day of Canine Health”. Which featured a discounted 9-panel test from Paw Genetics and an EYE exam. Included in the Day of Canine Health, were two guest speakers; the Founder and CEO of Paw Genetics, Lisa Schaffer, PhD and Dr. Elizabeth Giuliani, Certified Canine Ophthalmologist.

This year, USASA offered its first Top 20 Competition, a black-tie event where the top 20 Australian Shepherds were showcased. In addition to the Top 20 winner there was also a “People’s Choice Award”.  USASA generously donated 50% of the proceeds from the People’s Choice Award to the Foundation!

A very special thank you to Paula Waterman, who once again outdid herself with the creation of the 25 Year Anniversary oil painting. Congratulations to Jodi Weber; the lucky winner of the painting!  And finally, THANK YOU to USASA for donating a portion of the proceeds of the raffle to support the Foundation.

This year we had a slight change in tradition – the banquet dinner was held at Purina Farm. But in keeping with tradition, the Foundation held its annual Silent Auction and the Art Auction where the Junior Scholarship Award was announced – Congratulations to our 2nd time recipient, Amanda Swanson!

The Foundation had a Table Raffle, which has become very popular over the years. This year’s favorite seemed to be the bike and the winner of this much sought-after item was Leslie Frank.  Judy Harrington took it for a test ride around the ring and when last seen Les was peddling off to New Hampshire!

All in all, it was an extremely successful week at the 25th Anniversary National Specialty!  Thank you to all that visited our booth, purchased raffle tickets for the special one of a kind art pieces!

Thank you for supporting the United Shepherd Australian Shepherd Foundation, together we can make huge strides in the health of our great breed!

Other Ways to Give

Your ticket for the: 2017 National Speciality Art Auction & Raffle Update